Get fresh music recommendations delivered to your inbox every Friday.
We've updated our Terms of Use. You can review the changes here.

The Grand Scream Of Things 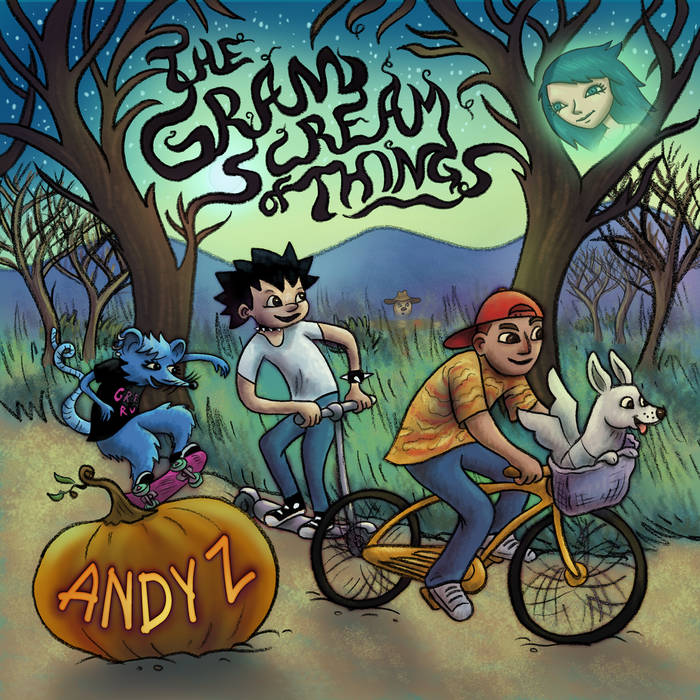 A Hallow“tween” audio play packed with engaging songs and captivating characters that portray a Halloween adventure about a witch who’s lost her way and a boy who discovers his.

Multiple Award-Winning "The Grand Scream Of Things" CD includes a booklet of character images, and an illustrations depicting key scenes of the audio play!

~ "There's lots to love about this CD. It fills a tricky spot in the tween market in a creative and engaging way."
Babyology, Australia

~ "The Grand Scream Of Things is like Fibber McGee and Molly meets Sponge Bob on Halloween Day packed with more stream of consciousness adventure than even James Joyce could conjure up."
- Elizabeth Waldman Frazier, Waldmania PR

~ "A cool little corner of the Children's music world." - Shakefire.

Andy has teamed up with Grammy-nominated producer Tor Hyams to record his fifth studio album, a Halloween-themed audio play titled “The Grand Scream Of Things” released October 9th, 2012. This ambitious project is driven by Andy’s quest to bring a new vista to the landscape of music for grade school-aged kids, and features guest vocals by contemporaries Paula Messner (Candy Band) and RhymeZwell.

Bandcamp Daily  your guide to the world of Bandcamp